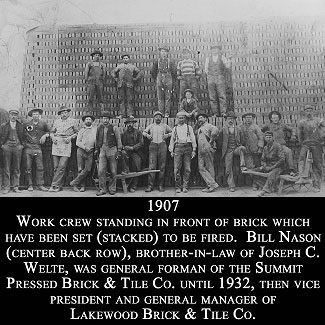 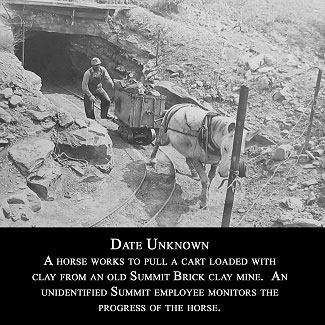 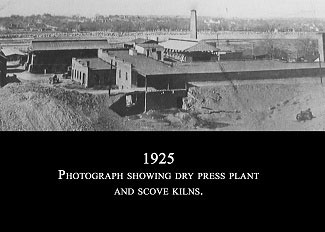 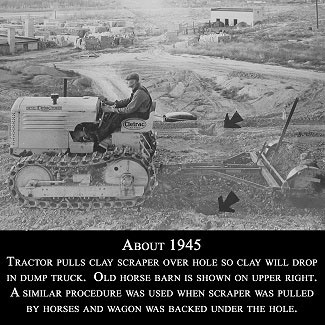 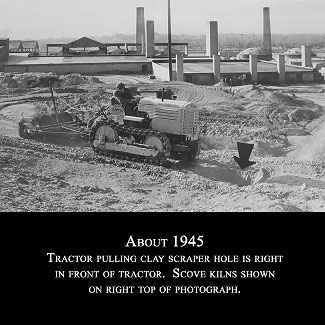 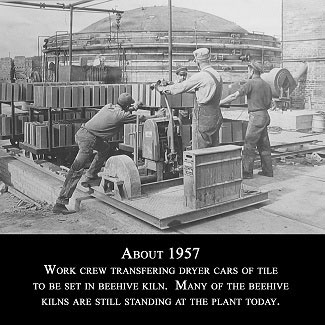 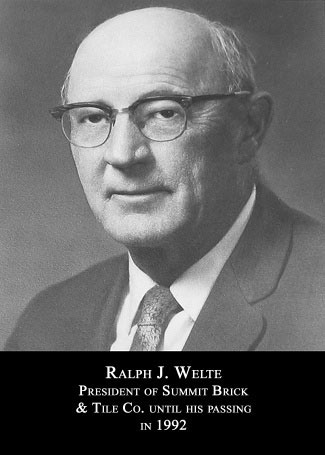 Summit Brick Company is a masonry manufacturer and distributor located in Colorado. Summit Brick consists of two manufacturing plants (Summit plant in Pueblo, CO and Lakewood plant in Lakewood, CO) and four sales/ showrooms (Pueblo, CO, Lakewood, CO, Phoenix, AZ, and Tucson, AZ). Founded in 1902, Summit Brick has a long history in masonry and specializes in custom blends, sizes, colors, and textures. We offer a vast line of masonry products and supplies, which are distributed locally or shipped to customers across the United States and Canada. Over the years we have developed our manufacturing to serve commercial, architectural, and residential markets. Summit Brick offers a sustainable, environmentally friendly product and has a commitment to great customer service.

Summit Brick & Tile Co. (currently the Summit plant in Pueblo, CO) is a clay brick manufacturing facility. This location is also our headquarters and provides a full-product showroom for customers in Southern Colorado. This plant currently serves many markets and specializes in dozens of types, styles, and colors of brick. Products include everything from half-inch thin brick to 8x4x16 structural hollow clay brick. As this is a very flexible plant, we can adapt to architectural needs and produce custom products and blends. The Summit plant’s wide distribution network and unique product makes it possible for their product to be shipped to customers across North America.

“Gold Fever” struck Jospeh Welte in the year of 1888. Born in 1866 in Iowa, he had grown up working on farms and at a local brickyard. Deciding to try his luck in the search out west for gold, he set out with only his earnings from his previous jobs. With mining claims in Cripple Creek, Colorado and in Alaska along the Yukon River, he was determined to find some riches. After coming to the realization that neither area was going to provide a fortune for him, he decided to move to Phoenix, Arizona. To recoup his losses, he went to manage a brick plant. His distaste for extremes in weather drove him to the milder climate of Pueblo, Colorado. In 1902, he founded his own company- Summit Brick & Tile Co.

His son, Ralph Welte, dedicated nearly fifty years of his life to the company from 1943 until his death in 1992.  During his years at Summit, he continued to expand the business with improvements in both manufacturing and marketing.  Summit was one of the first brick companies to market their products outside the traditional local selling market.  Ralph's wife, Frances Welte, contributed to the rich history of the company by being one of the nation’s premier collectors of brick and started a brick museum in Summit’s office at 13th and Erie.  Ralph and Frances’ children, Joseph Welte, Thomas Welte, and Anne Henne are third generation owners of Summit.  Other family members involved with the company include Edward Henne, Nanci Welte, and the fourth generation, which consists of Mark Welte, Matthew Welte, John Welte and Paul Welte.

Lakewood Brick & Tile Co. (currently in Lakewood, Colorado) is a clay brick manufacturing facility. The Lakewood plant’s ability to create custom, unique, and innovative blends has given them a great reputation for being able to match difficult blends. In order to meet our customer’s design needs, Summit Brick specializes in modular colors, tumbled blends, rock face, and thin brick. Due to the use of modern controls and a computerized production, our capacity has increased to approximately twenty million brick per year. With a distributor network spanning across the United States and Western Canada, Summit Brick’s market has greatly expanded. The Lakewood plant is continually adding new collections to give designer’s new options for the ever-changing creative environment. Lakewood Brick & Tile Co. is a division of Summit Brick Company.

Lakewood Brick & Tile Company’s origin stretches back to 1919 when two of the Dennison brothers from Kansas opened the plant. At that time, the roads in and around Denver were just starting to develop. The clay used to manufacture the first bricks came from the property, as well as by wagon from private providers. The first years of being in business were difficult due to the economy and deliveries having to be made by horse and wagon. Clay was mined with a pick, shovel, wheelbarrow, and a scraping plow pulled by horses.

The Dennison brothers held on to the plant until the Great Depression, when it was sold to Summit Pressed Brick & Tile Company. William Nason, Joseph Welte’s brother-in-law, was General Foreman at Summit, before being transferred to Vice President and General Manager. At this time, the Lakewood plant had four round, down-draft beehive kilns for producing brick, all of which are still a foundation of Denver’s landscape today!

In 1951, Jim Murray was named General Manager of the company. He came to Lakewood Brick after growing tired of his work with Denver & Rio Grande Railroad. Through his years of hard work and dedication, he became President of Lakewood and also part owner with the Welte family.

In the fifties, Lakewood added two more beehive kilns to further increase their production capabilities, but more kilns were needed in order to satisfy the market. In 1964, the Lakewood plant added a 300-foot continuous tunnel kiln, which is still in service today.

After Murray’s passing, his son Tom took over responsibilities as the President and General Manager of the plant. He has the opportunity to grow up working in the business, after working alongside his dad for many years.

Through the use of modern controls and computerized production, capacity has been increased from about seven million brick per year during the 1950’s to approximately twenty million brick per year today. Their market has also greatly expanded with a distributor network spanning the United States and Western Canada.

In early 2016, Phoenix Brick in Arizona become Summit Brick Company of Arizona. Phoenix Brick is a clay products manufacturer and distributor founded by the Campbell family in 1917. Since then, the Campbell family has been pioneers of the industry, paving the way for the rise in brick construction in Arizona. They played a major role in the formulation of the Western Clay Products Association, which remains successful today. Their business philosophy is to “be the best in the marketplace by providing the construction community with the highest quantity selection and quality brick products and services.”

Changes Over The Years


In recognition of an exemplary commitment to employee safety and health, the Summit plant has received the OSHA Safety and Health Recognition Program (SHARP) Certification for the years (2002, 2003, 2004, 2005, 2006, 2007, 2008, 2009 and  2010).  Summit successfully participated in a comprehensive safety and health onsite consultation survey conducted by the Consultation Program at Colorado State University. Summit has the prestige of being the only current company in Pueblo to be certified and one of 16 companies in Colorado to earn this certification.  There are approximately 600 companies nationwide that have achieved the strict requirements to be certified.

Summit Brick Company serves many markets, specializing in a variety of types, styles and colors of masonry products. Over the years, we have developed our manufacturing capabilities to serve architectural, commercial, and residential markets. Summit Brick Company is a leader in the industry with the production, and marketing, of Uniwall (Loadbearing) Brick. Currently, we have showrooms in Pueblo, CO, Lakewood, CO, Phoenix, AZ and Tucson, AZ. With a distributor network in 39 states and Canada, we ship approximately 40% of our production out of state, including internationally.

Leave us a review on

For over 100 years, Summit Brick Company has made it our mission to commit to customer service and provide beautiful, high quality clay masonry products which inspires architectural elegance.

Follow Us online, join our conversations, engage with our friends all over the US!